Trafton’s musical career began in the early nineties at the Lambda Chi fraternity house on the campus of Florida State University, where he started a three piece band with two fraternity brothers. The band’s success lead to the creation of a six piece, full blown country extravaganza, “The Redneck Mothers”, which became a huge success in the Tallahassee area. They opened for such well-known artists as Trace Adkins and Ty Herndon, and hosted a variety of performances throughout the southeast.

In 1996, he packed his guitar and moved to Nashville, Tennessee to advance his solo music career. He wasn’t in the country music capital for very long when he obtained a publishing contract with BMG/Cabin 11. Through this exclusive capacity, he had the opportunity to write with writers such as Don Goodman, Jerry Foster, John Greenenbaum, Larry Shell, Troy Seals & Mike Anthony and finished his second album, “Thanks”, which was co-produced by Chip Young and Don Goodman. In August 1998, just before the release of “Thanks” and the peak of his successful music career, Trafton’s life changed forever when he was bitten by a mosquito and contracted encephalitis, a viral infection of the brain.

After spending six long months in a coma, Trafton awoke to the challenge of his life. He left Nashville and returned home to Florida to begin a seven-year, extensive recovery. Trafton fully recovered from this unexpected illness and released his highly successful third album, “On the Side of the Road”, which was produced by the talented Larry Butler. He has since opened for Tracy Lawerence, Marty Raybourn and Colt Ford.

In 2011, Trafton began writing with Robin Branda. After a few months of collaboration the two of them decided to start up a song project that dealt specifically with NASCAR. After a couple of months of hard work they finished an all encompassing nine song album at Funhouse Studios which was co-produced by Harvey, Branda and Ernie Rowell.

Trafton’s triumph has touched the lives of many people and this gifted young artist continues to move music lovers around the globe with his talent. This is truly the beginning of a new era for Trafton, his fans and Country music. 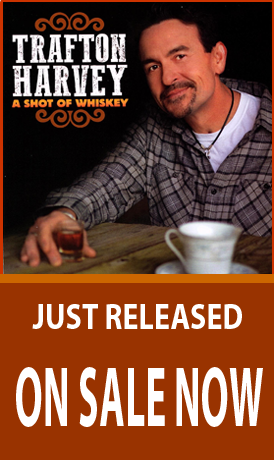